If you're looking for an inexpensive little stocking-stuffer of a book, André Kertész: The Early Years may be just the right solution. This title is newly arrived and is a jewel of a book. Published by Silverstein Photography (representatives for the Kertész Estate) and distributed through W.W. Norton, this book reproduces for the first time a series of early Kertész photos, alternately known to the photo-collecting world as the Hungarian Contacts. Sixty-six images culled from thousands of contact sheets are reproduced at actual size. Kertész maintained that despite the photos of early twentieth century Europe for which he was known, it was Hungary that really informed his artistic vision. These photos illuminate the bugeoning genius of André Kertész, one of the masters of modern photography. (Image illustrating post is My Brother As Icarus, 1920, Estate of André Kertész©) Price: $17.95 ISBN 0393061604.  ¶ 12/16/2005 10:36:00 AM 4 Comments

Do you have an idea that needs jotting down? Are you a misunderstood genius? Are you keeping track of everything that irritates you? Why not peruse the Menil Bookstore's new selection of Moleskine Notebooks in 4 different styles. We now stock the large blank sketchbooks and pocket-sized versions of the ruled, gridded, and storyboard Moleskines. Storyboard Moleskines are perfect for the designer in your life and can be used to layout thumbnails for motion graphics work or even comic strips. The ruled and gridded versions are great for getting things done through lists, etc. The large sketchbooks have a heavy-duty smooth paper that is ideal for use with markers, pen and ink, pencils, or even wet media. The pocket-sized notebooks are $11.00 and the large sketchbooks will set you back $16.00. I personally use these notebooks and can vouch for their high standard of quality. These are only available a few other places in Houston and we are the only stockists for the storyboard version (see illus. above). Of related interest is a new publication distributed by D.A.P., called Armpit of the Mole, which features sketchbook pages from a large selection of mostly European contemporary artists that use Moleskine notebooks. It is currently unavailable at the bookstore, but we plan on restocking in the near future.  ¶ 12/15/2005 01:39:00 PM 2 Comments 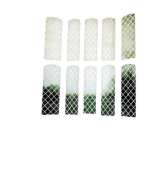 Darren Almond: 50 Moons At A Time is the title of an exhibition at K21, the Kunstsammlung Nordrhein-Westfalen. Almond, a 2005 Turner Prize Nominee, presents his photographic work, which examines physical locations that were the inspirations for various paintings by 19th century romantics, such as Caspar David Friedrich, William Henry Fox Talbot, and John Constable. He is interested in the history and mythology of a place and how that history politicizes our experience of it. The photographs in this exhibition span 3 continents, and Almond has just finished work on a project in Siberia, about a railway bridge in a region dominated by sub-zero temperatures for 11 months out of the year. The most surprising thing about Almond's work is that moment of recognition, when you realize what the photo documents. Human progress has impacted only some of these locations, so they still remain highly recognizable, or at the very least, there remains a sense of somehow knowing the place despite having never seen it. Almond explains this work best:
"This body of work began seven years ago, by chance, with a photograph the duration of whose exposure coincided with the length of a kiss. That shot, Fifteen Minute Moon, sat in my studio for a long time. The brilliance of the moonlight and the colour-change of the landscape compelled me, as did the fact that it had all been made possible by increasing the length of exposure. The ensuing photographs ... were all taken on full-moon nights after darkness had fallen on landscapes I had already seen, and exposed by varying lengths of moonlight ... the landscape is completely in shadow and the camera removes that shadow." Darren Almond

Wednesday, December 07, 2005
Back in Stock and Newly Arrived 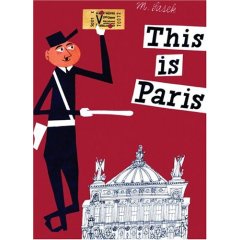 Random House has just shipped several titles to us, including the extremely popular and desirable Cy Twombly by Richard Freeman. Here's a list of some of our restock from Random House: